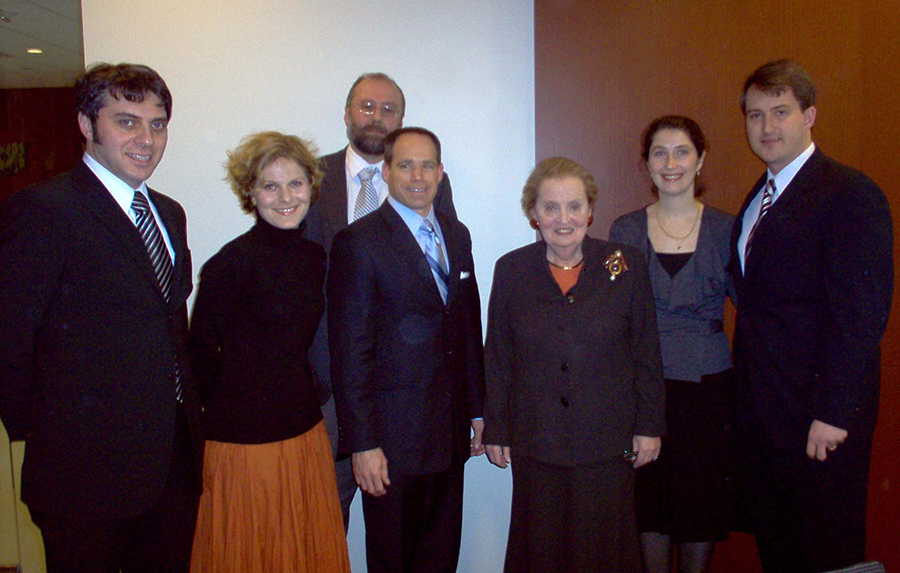 The Georgian Association in the USA has been an active member of The Central and East European Coalition (CEEC). The Central and East European Coalition was established in 1994 and is composed of eighteen national, membership-based organizations representing Americans of Armenian, Belarusian, Bulgarian, Czech, Estonian, Georgian, Hungarian, Latvian, Lithuanian, Polish, Romanian, Slovak, and Ukrainian descent.

These organizations cooperate in calling attention to issues of mutual concern, especially as regards United States policy toward Central and East Europe. The Coalition has cooperated on a wide range of issues including calling attention to Russia’s policies toward its neighbors, NATO enlargement, and U.S. assistance programs for the region.

The Association has also been actively advocating for Georgian Interests on the Hill through Advocacy Days, policy briefs, and statements on relevant issues.

Most recently, in August 2022, Georgian Association joined the American Coalition for Ukraine.

The mission of the Coalition is to bring together diverse organizations that:

The American Coalition for Ukraine believes in democracy, freedom, human rights and dignity for all people, and in particular for Ukrainians who are giving their lives in defense of these principles. Coalition partners call the United States home, but many share historic experiences of oppression, violence, and war in our countries of origin and ancestral homelands — many times at the hands of Russian imperialism. We wholeheartedly support Ukraine in its defense of the universal values of freedom and human dignity.