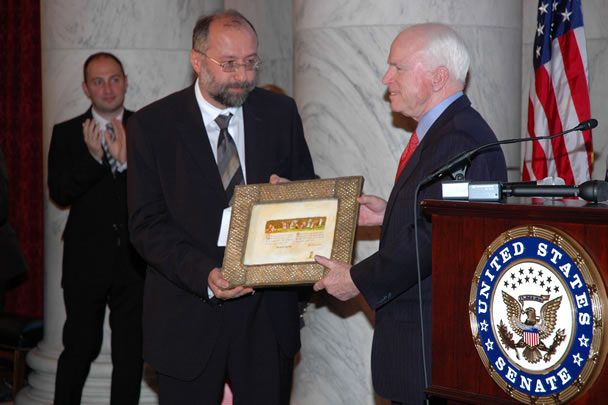 Sen. McCain acknowledged the Georgian people for the remarkable accomplishment of transforming the country into an emerging democracy. In his address the Senator from Arizona told the guests, “Rarely have I seen, anywhere in the world, the kind of determination and resilience that is so clearly present in the hearts of Georgians everywhere. The United States is proud to call Georgia a friend, and I take great pride in considering myself a friend of Georgia.” Senator McCain also stressed the importance of continuing U.S. support for Georgia.

The Georgian Association in the United States of America (GA) is the oldest nonpartisan nationwide membership organization of Georgian- Americans and friends of Georgia. It strives to strengthen and support the Georgian-American community on a national level, and supports an independent, democratic and prosperous Georgia.