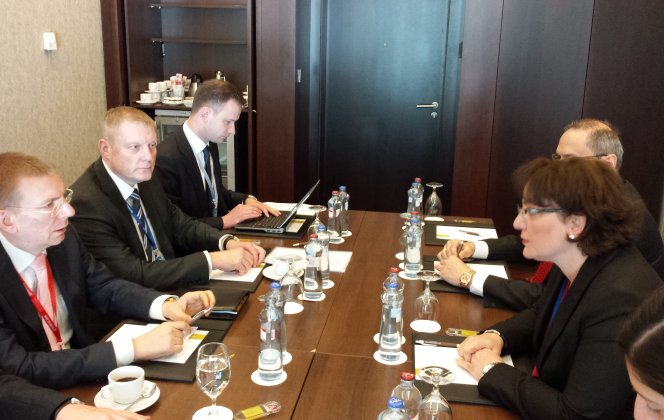 The Georgian Association in the United States welcomes the recent remarks by the Latvian Foreign Minister Edgars Rinkēvičs who met with Tinatin Khidasheli, the Defence Minister of Georgia on April 16 in Bratislava. The Latvian Foreign Minister expressed full support for visa-free travel for Georgian citizens to the Schengen Area as well as Georgia’s aspiration to join NATO. He noted that no third country has a right to veto NATO’s open door policy. Both ministers pledged to continue active cooperation in the defense sector.