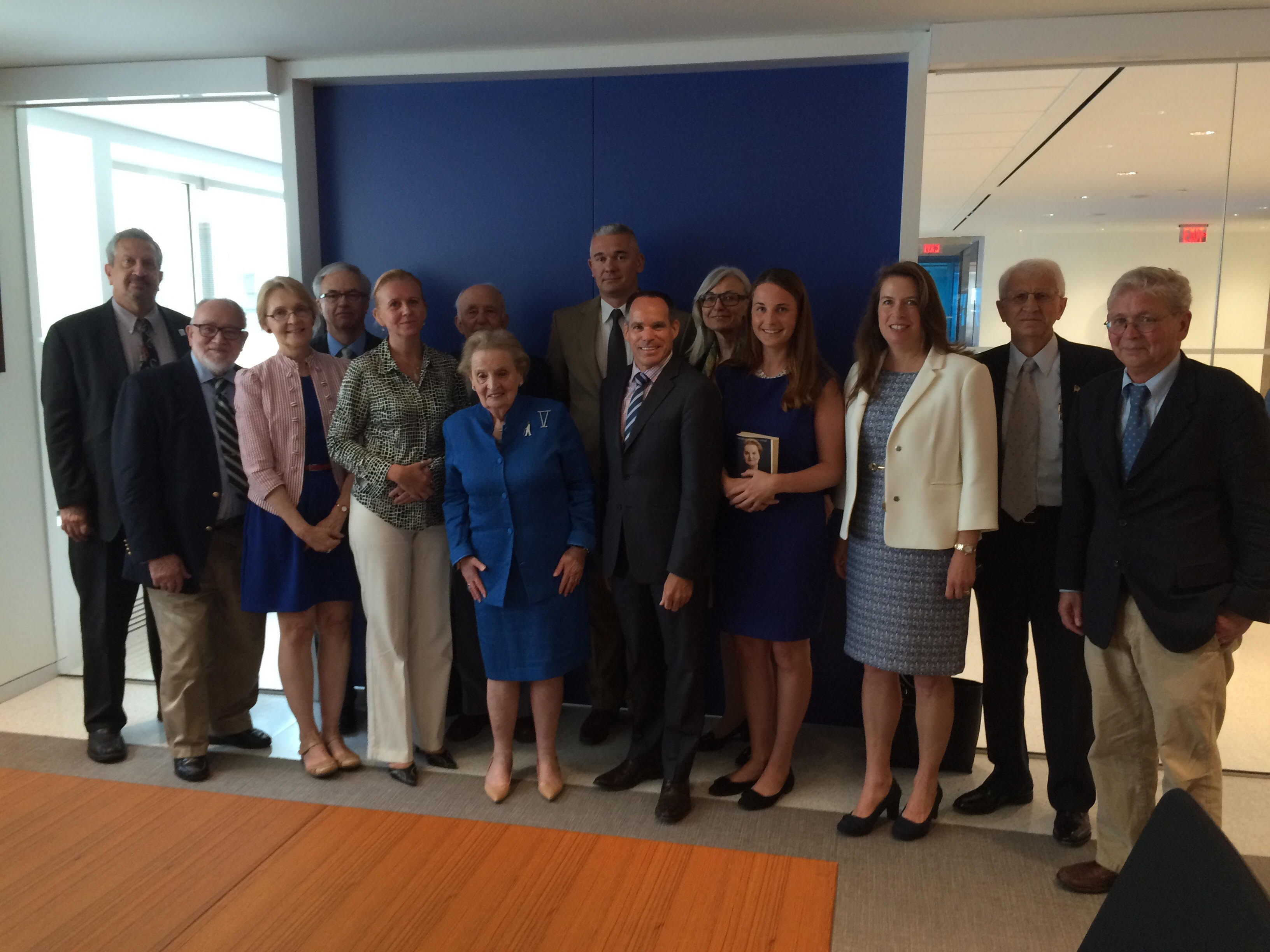 The Georgian Association participated in a meeting on June 21 of the Central and East European Coalition (CEEC) with former Secretary of State Madeleine Albright who is advising presidential candidate Hillary Clinton on foreign policy.  The CEEC reiterated its mission of coordinating mutual concerns of the member countries regarding United States policy toward Central and East Europe.  Among the topics discussed were the concern about the future of Russian aggression especially in the Ukraine, and continued occupation of territory in Georgia.  Sanctions imposed on Russia have not impacted Putin’s behavior in the region, and how the United States deals with the aggression will send a strong signal throughout Europe.  Also discussed were Brexit should it occur, refugee migration, visa waivers, and the need to strengthen NATO.  Secretary Albright welcomed the CEEC’s concerns and suggested a follow-up meeting in late summer.