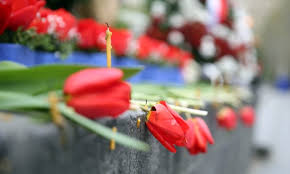 April 9, 1989 was a historic date that contributed to the demise of the Soviet Empire. Ten years ago on this date, a bloody massacre on Rustaveli Avenue in Georgia’s capital Tbilisi occurred when 4,000 unarmed nonviolent protesters were beaten, killed and dispersed by the Soviet Army.  This was the first “crack” that eventually led to the demise of the Soviet Union. I was 20 years old during these protests in 1989 actively participating as a member of the students central striking committee. Many of my friends, compatriots and colleagues were seriously wounded by the violent behavior of the Soviet occupation forces.

Leaders of the Georgian National Liberation movement, Zviad K. Gamsakhurdia, Merab Kostava, Gia Chanturia, Zurab Chavchavadze, Irakli Tsereteli, Tamar Chkheidze and others decided to demand independence from Soviet occupation that had begun in 1921. This was a very shocking and highly unusual demand even during the so called PERESTROIKA since no other Soviet Republic had demanded independence prior to these April 9th events. Yes, there were demands for more democracy and human rights, environmental protection and higher salaries – but there was no other precedent of demanding complete and total independence from Soviet leaders. Considering the high popularity of the then Soviet leader Mikhail S. Gorbachev among world leaders, it was generally felt that an independence struggle was a fruitless exercise. Most Western leaders were in the process of developing improved almost warm relations with the Soviet leadership; the Georgians were going against the tide. Nevertheless, the leaders of the Georgian Liberation Movement decided to follow the footsteps of Gandhi’s ‘Swaraj’ – total liberty with no spilling of blood. This decision proved to be difficult and tragic at the time, but in the long run, successful, as these steps led to the eventual defeat of one of the biggest empires in the history of human kind. Zviad Gamsakhurdia even had a picture of Mahatma Gandhi in his pocket when he was getting arrested right after the bloody massacre by Soviet Occupation Forces on that fateful April day.

What was amazing and totally unbelievable during the protest on April 9th was the fact that people self organized in a totally nonviolent way and met brute force with singing and dancing. The Georgian protesters were able to defeat one of the strongest armies of the world with creativity, empathy and nonviolence. On that day, 16 women and 4 men sacrificed their lives to the cause of independence, became heroes and paved the way not just for independence of Georgia, but the demolition of the entire Soviet Empire. No weapons had any strength when the will of the people manifested itself so strongly by nonviolent action.

I cannot forget the words of our national hero, perhaps the biggest influence of our struggle, Merab Kostava: “We have two choices to lead our independence struggle. One is an armed insurrection, that is doomed to fail, because violence never liberates from violence. We will always lose once we pick up the weapons of destruction and death. But we will always win, when we have the greatest strength of love and nonviolence the example of which was given by great Mahatma Gandhi and Martin Luther King Junior. There is no alternative to nonviolent struggle and we will destroy and deconstruct Soviet Empire – more then this, no Empire is immune to the power of nonviolent struggle and Georgian Polyphonic song ‘Mravaljhamieri’ (მრავალჟამიერი).

In the end, the words of Merab Kostava proved to be right as well as unforgettable – even more so today, 30 years after the bloody massacre of April 9th.